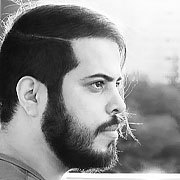 Hossein Diba is currently the Lead Character Artist at WWE. His responsibilities include Modeling, Sculpting, Texturing and Shading of characters and creatures for animation, games, cinematics and 3D Printing. Hossein’s passion for the study of human and animal anatomy is evident in his work, being highly regarded by his peers in the ZBrush community. Since 2008, Hossein has been developing characters based on concepts and photo reference for various projects. He has worked as both a freelance and staff artist, having had the honor to contribute to such titles as Royal Rumble 2016, likeness head sculpts for Modern Life, Evolve, Atom Universe, Alan Wake remastered, Fallout New Vegas, and Batman Arkham Knight.