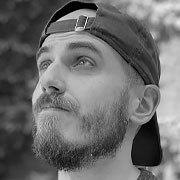 Léo Chiola began his career when he was 20 years old as a freelance comic artist and illustrator. In 2017, he joined the animation studio Boulder Media, owned by Hasbro, to work as a character designer on the animated TV show, Transformers: Cyberverse.

In August 2019, Léo settled in Canada where he currently works full-time as a concept and comic artist for Digital Dimension Entertainment Group, developing the art of an exciting, brand-new animated TV series.