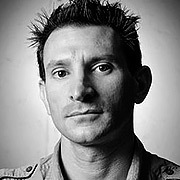 Peter Zoppi is a senior character artist at Treyarch/Activision, where he has worked for the past eight years. He’s worked on Call of Duty: Black Ops, Call of Duty: Black Ops II and previously the James Bond and Kung Fu Panda franchises. Prior to working in games, Peter was a modeler and texture artist in the visual effects industry, having worked at Luma Pictures and Rhythm & Hues Studios on such films as Night at the Museum and Underworld: Evolution. Peter is an alumnus of Trinity College and the Gnomon School, where just after graduation he won the Blizzard Art Contest’s Grand Prize.