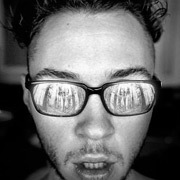 Stephen DeLalla is a 3D artist specializing in lighting and look development. After graduating from Gnomon in 2008, he started his career as a generalist in commercial production. In 2010 he joined the team at Psyop where he is currently working as a CG Supervisor. His professional work can be seen in many commercials, most notably in over 20 spots for Supercell's hit game "Clash of Clans," as well as commercials for the Criket Wireless ad campaign. Stephen also has a passion for education and finds it one of the most rewarding aspects of his career. He has been teaching at Gnomon since 2011 where he has helped integrate V-Ray into the curriculum.