In this title, Senior Visual Effects Artist Robby Branham provides a broad overview of the terrain workflows in Side FX’s Houdini 17. Houdini's heightfield nodes are shown in depth to demonstrate how to create terrains from scratch. Masking techniques are utilized to create unique and layered surfaces. Instancing and terrain duplication techniques are demonstrated to create large landscapes. Several different types of landscapes are created including a snowy mountain, a meteor crater, agricultural terracing and more. Texturing and shading the terrain is accomplished inside of Houdini’s Mantra, and Redshift shading networks are used to add color and micro details to the terrain surfaces. Houdini's built in compositor is taught to create detailed texture maps for the height field using the built in attributes from the erosion nodes. Robby demonstrates Earth Explorer’s satellite data and how to create terrains from existing real world data. A tree scattering and randomization workflow is covered that takes advantage of the Height Field node’s attributes to complement the natural look of the landscapes. Robby creates the cover art terrain from scratch in the tutorial through mesh creation, texturing, shading, rendering, and layout. The cover art Nuke composite is broken down throughout the entire shot process, from concepting, previsualization, asset creation, terrain creation, layout, lighting, rendering and final compositing. 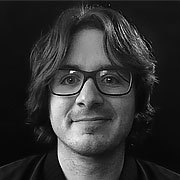 Senior 3D generalist and compositing artist Robby Branham began his career working in commercial and feature film production in 2009. Since then, he has worked for studios such as Psyop, Digital Domain, Pixomondo, and Zoic. His work can be seen in film, commercials, and game cinematics, such as Microsoft’s ReCore and Supercell's Clash of Clans. Robby also teaches at the Gnomon School of Visual Effects in Hollywood, where he is the Education Lead for the 3D Generalist track.